Guest Blogger — Eva Helén, “Enabling Men to Act as Allies and Advocates — An Alternative to Changing How You React” 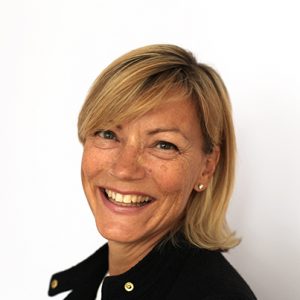 By Eva Helén, CEO EQ Inspiration and Author of “Women in Tech, a Book for Guys”

We have all felt left out, overlooked, ignored, and maybe even harassed or bullied, at some point during our professional careers.

None of that is okay, ever.

There are two sides to the challenge of having people thrive at work. One is addressing the behavior of the people who, knowingly or unknowingly, are causing the imbalance, and the other is to address people’s reaction to it.

For 100s of years, women have worked on how they react to uncomfortable situations in society and at work. We have tried to change ourselves, to fit in, to adjust, to act more like men, to dress like men, to… The list goes on. Anything to be taken seriously in male dominated contexts and occupations.

A few years ago, first in the 70’s, and more recently at work, as part of the diversity and inclusion movement, we started hearing more about the importance of men’s involvement to support change of the overall situation for women and minorities.

I started EQ Inspiration, “Women in Tech, Events for Guys,” in 2017. I had worked in the tech industry for 20 years, and knew that there were more men with good intentions than not. The tsunami of sexual harassment cases  that the #MeToo-movement brought to light was healthy in many ways, and way past due, but the backlash was that even the “good” guys were terrified. I don’t suggest that we feel bad, but I didn’t like how the negativity was taking over. I felt that I needed to do something, to help us regain balance. Something that would bring positive and long lasting effects, to strengthen the “good” guys, and allow them to continue supporting women at work, without constantly being afraid that they were doing or saying the wrong thing.

I interviewed lots of men, and I asked them about their understanding of gender equality at work, about their backgrounds, about their willingness to support women, and about what they were doing for a woman or group of women at work.

The idea is to accept that all men, more or less willing to support women’s advancement and an inclusive workplace, are at a different starting point. Regardless if that point is, “I don’t think I’ve ever done anything to support a woman,” or “I have built teams of 50-50 men and women,” there is something that every one of them can do.

By showing men, with stories of what other men are already successfully doing, what they can do to support us, we are shifting the overall efforts away from working on our reactions, and instead addressing the behavior of the people causing the power imbalance and discomfort. In order for this to work, we also have to shift the responsibility from HR and DEI officers and initiatives, to line role managers and individual contributors in the organization. Leaders and managers at all levels, men and women, can learn to shift their focus from themselves to others. Once you let go of the “what will people think of me?” and instead consider “how will this person, who I’m promoting, sponsoring, mentoring, coaching, be perceived?” we will make progress.

In my book “Women in Tech, a Book for Guys” there is a description of each of the character prototypes which men can identify with (you can read this below* or listen to the podcast). The descriptions are followed by the question, “Do you want to do more for women at work?” If the answer is yes, the next part is to read what the character prototype above the one identified with, is already doing. There are examples in the areas of leadership, management, and culture.

My request is that you, rather than trying to change yourself or how you react, help me get the message in the book, in front of as many men as possible. I believe that we can create a movement of change for the better, by giving all men a chance to improve how they act at work, and how they support women and minorities. It will create a positive wave and a place where everyone will thrive.

*Based on my interviews, I developed seven composite characters divided into three categories: The Advocates (Mark, James, Samir), The Allies (Memo, Al, and Cree), and The Chauvinist (Richard). I ranked the characters from the most willing to support women in the workplace (Mark) to the least willing (Richard).

There is of course generalization, but men can identify with one or a combination of these prototypes.

The Advocates – Mark, James and Samir

These men understand the value of diversity of thought. They care about the business and about the people. They drive change and they speak up on behalf of women. They understand why their contribution is important and necessary to drive business results by improving equality in the workplace.

Mark can be an HR person or a diversity consultant. Mark can also be a man who has lots of friends and is very comfortable convincing other men to hire, promote, and retain women.

Mark recognizes equality can carry subjective meanings because people need different things at different times in their lives. He actively listens to other people’s opinions and helps them understand how they formed those opinions. Mark knows everyone can ultimately evolve.

James is a change agent. He is a visible presence in the organization, who leads by example. He is confident and other men want to be like him. He is a successful manager who oversees a good mix of men and women on his team. He shows a deep understanding of the reasons behind gender inequality in the tech industry. James is a compassionate, highly empathetic leader, who knows employees operate at different stages in their journeys. He is mindful of how his words and actions impact his employees, as a formal leader or colleague.

Samir is a sponsor. He is determined to promote and support women. When Samir believes in a woman’s potential, he puts his own reputation on the line. Samir can be part of a minority group, an advantage as he can empathize with whole groups excluded from traditional power structures, like women.

The Allies – Memo, Al and Cree

These men like to work with women but possess only a cursory knowledge of equality. They don’t reflect how their actions can help change the dynamics of the team or culture. For this group, equality means equal pay and treatment but they rarely discuss the conditions that produce the inequality in the first place. They want to help even if they often don’t know what to do. Many of them have a daughter who’s changing their view of women in the workplace.

Memo mentors women inside or outside the office. He listens and shares his experiences to younger generations or to people from different backgrounds. Memo won’t take big risks helping women. Therefore, Memo might prefer to mentor women through official, structured programs. And he is less likely to do so on an informal, ad-hoc basis. He will often wait to be asked to be a mentor, rather than to take the initiative.

Al is very respectful of women and wants to help but is unsure how. He likes to solve problems when given the right tools. Al is comfortable talking about inequality and believes things are getting a lot better. He notes women can now be CEOs of tech companies and receive venture capital funding. However, Al often assumes the number of women in leadership positions, including board directors and executives, is higher than the actual data.

Cree is mostly content with his job so he does not like confrontation. He does not want to talk about touchy topics like gender roles or unconscious bias. He prefers to withdraw when he feels uncomfortable or has to take sides. He will support women but only on an individual basis. And typically someone he knows very well, like his daughter or a woman on his team he has befriended.

Richard prefers the status quo. Insecure, he fears that women will replace men. Richard is unlikely to change his opinions and refuses to talk about gender inequality.

Created by © Number One Advertising and Digital Agency

We use cookies on our website to give you the most relevant experience by remembering your preferences and repeat visits. By clicking “Accept”, you consent to the use of ALL the cookies.
Do not sell my personal information.
Cookie SettingsAcceptReject All
Manage consent

This website uses cookies to improve your experience while you navigate through the website. Out of these, the cookies that are categorized as necessary are stored on your browser as they are essential for the working of basic functionalities of the website. We also use third-party cookies that help us analyze and understand how you use this website. These cookies will be stored in your browser only with your consent. You also have the option to opt-out of these cookies. But opting out of some of these cookies may affect your browsing experience.
Necessary Always Enabled
Necessary cookies are absolutely essential for the website to function properly. These cookies ensure basic functionalities and security features of the website, anonymously.
Functional
Functional cookies help to perform certain functionalities like sharing the content of the website on social media platforms, collect feedbacks, and other third-party features.
Performance
Performance cookies are used to understand and analyze the key performance indexes of the website which helps in delivering a better user experience for the visitors.
Analytics
Analytical cookies are used to understand how visitors interact with the website. These cookies help provide information on metrics the number of visitors, bounce rate, traffic source, etc.
Advertisement
Advertisement cookies are used to provide visitors with relevant ads and marketing campaigns. These cookies track visitors across websites and collect information to provide customized ads.
Others
Other uncategorized cookies are those that are being analyzed and have not been classified into a category as yet.
SAVE & ACCEPT
Menu
BUY THE BOOK
Linkedin Youtube Twitter